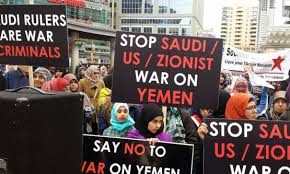 Like Syria and Ukraine, Yemen is on the front lines of Zionist expansion.
"This was all done on my iPhone. No electricity and only solar power means away with my laptop. Sanaa has been completely off the grid for a year."
The indifference of Westerners to atrocities committed by our governments
in Yemen is another example of our political paralysis and hypocrisy.
Reporting from Saan'a, the author, a young housewife, believes, "Yemen is humanity's shinning hope and example against the satanic Anti-Christ New World Order"
by Voiceless Yemen
(henrymakow.com)
Saan'a: The War on Yemen is probably the most underestimated and unreported newsworthy story of of our lifetime. There is a reason why. An embarrassing 20-nation coalition (led by US, Israel and Gulf States spearheaded by Saudi Arabia) defeat in Yemen proves that the world has a chance against this satanic Rothschild onslaught.
Saudis have been known to adhere to an age-old warning of Yemen by their late father. 'Your prosperity and your demise is from Yemen'; words of wisdom that has rung in the ears of his children and successors up until the death of King Abdullah when things began to spiral out of control for the Saudi royals.  The meaning: If Yemen were left alone to flourish and develop it would mean their end.  But if Yemen is left to decline, that this too would bring about their demise.
The Saudis were first tested in Yemen's 1962 revolution against the Zaydi (moderate Shia sect) Imam of Yemen. The Saudis favored the monarchy style rule of the Imam in opposition to democracy. Ironic that over 50 years later, Saudis would favor western-backed 'democracy' against the Houthis who are Zaydi and led by an Imam like young Abdul-Malik Al-Houthi. 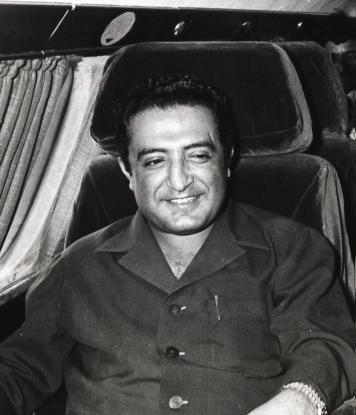 [Ibrahim Al-Hamdi, the JFK of Yemen]
For over 50 years, the Saudis have been terrified of change in Yemen. So much so that when a humble and ambitious leader, Ibrahim al-Hamdi, left, assumed position of presidency in Yemen in 1974 and attempted to lift the country he was quickly neutralized. Most historians and researchers believe the Saudis to be main culprits and benefactors of his assassination which was sparked when Al-Hamdi claimed Yemeni borders all the way into Makkah. The Kaaba has a corner which was named by the Prophet Mohammed (PBUH) 'Al-rukun Al-Yemani' or 'the Yemeni corner'.
Former President Ali Abdullah Saleh who took the presidency a couple of years after the assassination of Al-Himdi enjoyed full support of the Saudi crown. For 33 years, Saleh worked hand in hand with the Saudis in abiding all-round corruption, destabilizing Yemen through Al-CIAduh and promotion of Wahhabi doctrine, robbing the country of its riches and keeping Yemen under the de facto control of Saudi rule. A simple example of this is Yemen's 'National' Airline, Al-Yemenia which is co-owned by Saudi Arabia.
In the Muslim Brotherhood, the Saudis found the perfect opposition to Saleh. They supported both sides just as dictated in the protocols of Zion, but when Saleh overstepped by unifying both north and south Yemen in 1990, the Saudis knew that they were slowly losing him and soon would have to deal with him. Enter the 'Arab Spring'. 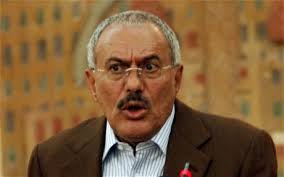 [Move over Bashar Al-Assad: Ali Abdullah Saleh former Yemeni dictator and Saudi puppet now is zionists most wanted man]
The so-called 'Arab Spring' gave the Zionists and their loyal servant monarchies including Morocco and Jordan a pretext to topple any nationalist leaders in the region. Mubarak, Assad, Saleh and Qadafi all had to go. They were becoming loose canons and over zealous for sovereignty from the dictation of Saudi Arabia/Zion. This is why the 'Spring' did not even blossom in places like Morocco or Jordan.
General Ali Mohsin and then Vice-President Abdu Rubu Masour Hadi were to be to Saleh what LBJ was to JFK. Mohsin, the highest ranking military man in Yemen and without a doubt the most corrupt individual in the country collaborated with Hadi and the Saudis to takeout Saleh. A failed assassination attempt on Saleh in his presidential place mosque was the wake up call Saleh needed to realize Saudis no longer needed him.
In February 2012, Saleh was convinced through an agreement called 'the gulf initiative' to step down and hand power to his
Vice President Hadi in exchange for immunity from prosecution. The agreement gave Hadi two-year interim presidency until elections are held. Two years later under Hadi, terrorism exploded in Yemen. What once was one of the strongest militaries in the region was crippled with a series of terror attacks, assassination and defragmentation.
Subsidies lift on fuel was the straw that broke the camel's back. In Mid-2014 the Hadi government increased the price of fuel which ignited what was to become the revolution of September 21, 2014 when Sanaa fell in the hands of the revolutionaries. Hadi and Ali Mohsin fled to Saudi Arabia where they still are being touted by Saudis and the UN as legitimate government of Yemen. 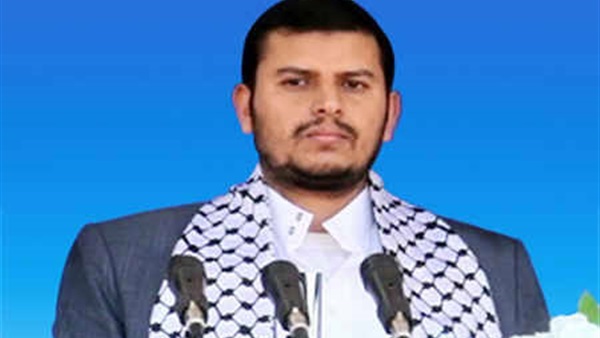 [Abdul-Malik Alhouthi, 36 years of age first came to prominence in 2004 at age 24 as he formed his group Ansarullah who fought 6 wars (2004-2010) against Saudi-backed Ali Abdullah Saleh government]
In Sanaa, however an alliance was being formed. The once sworn enemies of each other through six wars spanning six years, Saleh and Al-Houthi formed a pact against the Muslim Brotherhood and their Zionist masters, the Saudis.
Six months after the revolution, on March 26, 2015, the war on Yemen was announced by Saudi FM from Washington. This was long before the formation of what was later called 'the Arab coalition'. Insinuating a conflict the Zionist handlers hope to be a Arab/Sunni bloc versus Persian/Shia bloc bloodbath to clear way for Greater Israel to commence.
THE AXIS OF EVIL: ISRAEL, US & UK
The axis if evil (Israeli-US-UK) war on Yemen is evident in the full support and supply of hardcore internationally banned weapons such as neutron, phosphorous and cluster bombs, all of which were heavily used since the start of the onslaught late March 2015. Hospitals, schools, wedding halls, marketplaces, houses, farms, children, women, animals all have been targeted in the over arial 100,000 bombs dropped. Housings for the orphans and blind were not spared. 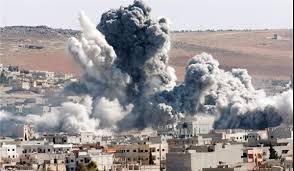 The year-long blockade and bombardment of Yemen has caused a humanitarian catastrophe unlike any witnessed in recent age. Never has a nation and a people been under such a vicious attack and such adversity for wanting to break free from the Rothschild/Zionist hegemony.
Over a year later, the people and revolutionaries of Yemen have been steadfast. Yemen's Army and popular Committee fighters /Ansarallah have been successful in causing the Saudis and zionists huge loses all across the board. Only 9 Toshka rockets and three Scud missiles fired thus far against the occupying forces have lead to thousands of military-men, including high ranking generals, blackwater mercenaries and paid African soldiers dead. A miraculous feat considering barefooted fighters with decades old arms and rockets. The Americans as well as the Israelis who lost 20 generals in one Scud blast are asking themselves; what do you do when it is God who is firing?
One March 26, 2016 millions of Yemenis took to the street of Sana'a and other cities to show their firm stand against this cowardly onslaught and in support of the Yemeni army and Ansarullah fighters. An estimated and never witnessed before gathering of 7-10 million people paralyzed the capital from morning till sunset.
Overcoming a conspiracy spanning over five decades and war unleashed by the satanic Anti-Christ order known as the UN, Yemenis are still defiant and adamant to break free from this global enslavement. Proving yet again that Yemenis are the time-tested people and the toughest fighters on earth.
-----
Latest- Peace talks under way
Iran's Mohsen Rezaei Writes Open Letter to Yemen's Abdul Malik al Houthi