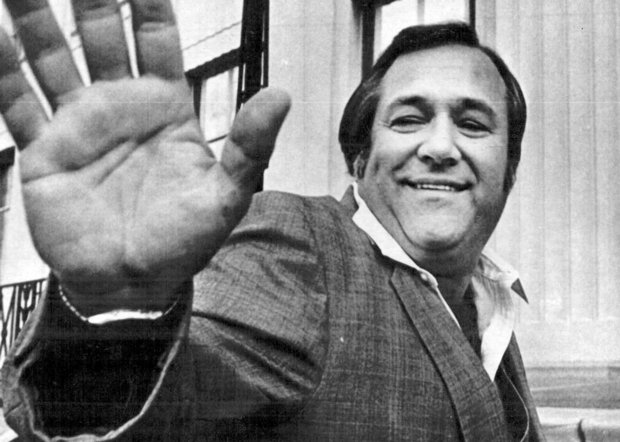 Two years before his assassination in 1986, Barry Seal (left) was indicted for possession of 462 pounds of cocaine worth $168 million. Prosecutors blamed the Medellin Cartel for the killing. But what Seal had on the Clintons, G.H.W. Bush and his sons alone was a death sentence.

The Sandinistas also collaborated in the CIA operation that that saw planes fly guns to Nicaragua and return loaded with cocaine.

Roger Reaves's was Seal's employer. Written in jail, his Memoir is called Smuggler.

"As we climbed aboard my plane, Ben quipped that it seemed all sides of politics were up to their necks in the drug trade. Whether supposed right wing capitalist Contra's or left wing Communist revolutionaries, coconuts and banana's were taking a serious second place to the cocaine flooding out of South America into the nasal passages of millions of Americans at fifty thousand dollars a kilo."

The landing fee there was $50,000, or $125,000 in today's money. I can guess it was spread around through the Sheriff, on up the chain. I never bothered asking, I knew how things worked. It was no secret Bill and Hillary Clinton were up to their necks in mischief in the state of Arkansas. In any case, I had to cough up the money every time Barry landed at Mena and he must have done that at least thirty times on my watch. 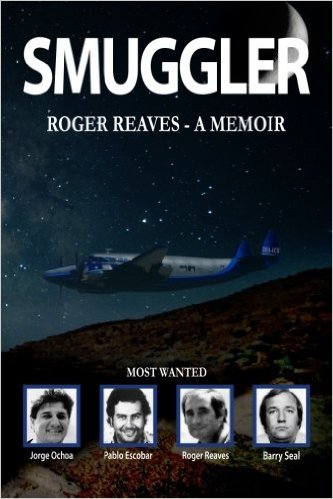 I found out much later he was doing far more than that. While I languished in prison, Barry kept flying and began operations in a much larger aircraft that was registered to the DEA and CIA. At times he was carrying over one and a half tons of cocaine in a single trip on a C-126 military transport aircraft dubbed, 'The Fat Lady'.

Before loading the cocaine, he would drop off a load of arms for the Contra Rebels based in Nicaragua. Barry was right in the center of one of the greatest political scandals of the last century - Iran/Contra. Illegal arms shipments came out of the USA to anti-Communist forces in Nicaragua and cocaine flew right back into the USA in return, on the same plane - tons and tons of it. No one said, "Just say no." No one in the White House anyway. Nor Mena, Arkansas. Never in my wildest dreams did I imagine that the name 'Barry Seal' and 'Mena' would soar to such notoriety in the years to come.

But for now, early in his career with the Medellin Cartel, Barry went to work for me and flew just as fast as I paid him. This doubled my risk as I was paying out cash for the cartel before I was paid. Nevertheless, I had to pay him before he would fly. Barry bitched and moaned about this and that. In one box containing a million dollars I placed a package of Stay Free Mini-Pads with a big pink bow. He thought it was so funny that he made a special place for it.

I had made some complaints to Pablo about the jungle airstrips and the dangers for my engines as they were sensitive turbo props - essentially a jet engine driving a propeller. Typical of the Medellin Cartel, no expense was spared and a thousand feet of runway were added and smoothed to perfection with hard clay. Later I heard that particular place was as busy as JFK airport with some extra large aircraft landing.

At times, Pablo himself would fly in on his Jet Ranger helicopter and talk with me about procedures and plans. On one particular trip he landed with his entourage and three hundred kilo's of produce looking very happy with himself. Both he and Jorge Ochoa had organized with the Sandinista Communist government of Nicaragua for me to land at a military airbase with a large concrete runway and modern facilities. I was extremely happy with this as both Barry and I were growing increasingly nervous about landing at the Carver ranch in Belize with fifteen million dollars worth of cocaine every week. It was only a matter of time before local bandits twigged as to what was happening and ambushed us. ... 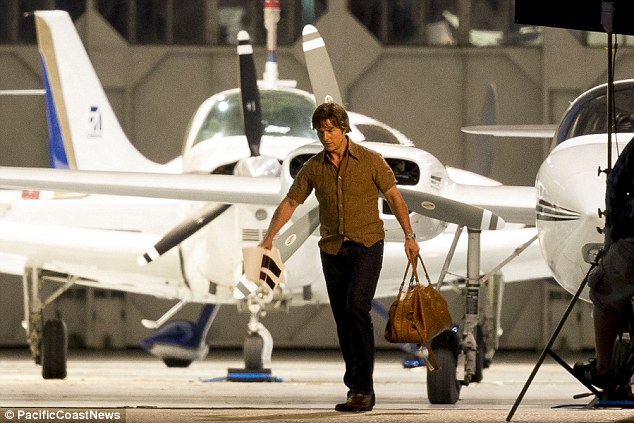 Pablo arranged for me to meet "Ben", an American, tall with blonde hair and blue eyes on my next trip down south. A helicopter pilot by trade, he flew right seat with me and directed me to the large military airfield in the east of Nicaragua. On landing, we were taken to see the Commandante' in the officers mess and served a meal of steak with an egg on top as well as beans and rice. It sounds simple but it was delicious.

The commander was a very dignified and gracious man and assured us we were welcome at any time. His only instruction was that we maintain radio silence on approach to the base. Ben and I exited the officers mess well pleased with the new arrangement and I noted my beloved Aero-Commander was sparkling, washed, refueled and ready to go. Now, I was protected one hundred percent in Colombia and Barry was protected one hundred percent in Mena, Arkansas. It was too good to be true.

As we climbed aboard my plane, Ben quipped that it seemed all sides of politics were up to their necks in the drug trade. Whether supposed right wing capitalist Contra's or left wing Communist revolutionaries, coconuts and banana's were taking a serious second place to the cocaine flooding out of South America into the nasal passages of millions of Americans at fifty thousand dollars a kilo.

Ronald Reagan was later to make much of the expose of Sandinista government officials photographed unloading Barry in Nicaragua. Commentators claimed that it was a "set up" and the Iran/Contra affair was an almost purely Bush SNR, Oliver North/Contra operation, run by a virtual private intelligence group from within the CIA and State Department. Not so, the Sandinistas were playing their own part in the cocaine trade. Who wasn't? The Bush and Clinton clan included.

Roger Reaves was central to the Medellin and Cali Cartel transportation system and has a lot to say about who was doing what to whom. Smuggler is available from Amazon.

I was told first-hand by a Lebanese soldier that his father was growing 5 hectares of marijuana and then was refining it into hashish. Then it was sold to the US Navy by the pallet full in exchange for arms during the Lebanese civil war. He claimed he was driving the forklift on the dock.

I was also told first-hand by a Laotian that his parents farmed one hectare of opium and this opium was collected by warlords and then sold to US military and loaded onto US naval vessels in Thailand. He claimed to have personally helped to load these ships by the pallet fulls in exchange for arms.

I believe the Bush family are the kings of the kingpins and the US military has been in the dope trade since Vietnam. It's sad to note that Afghanistan became the world's largest opium producer being guarded by US and NATO troops, producing 90% of the world's opium. This has been the main source of capital for the Taliban and other groups to buy weapons that kill our sons and daughters that are ordered not to interfere with the harvests. (so I have been told by a returning US soldier)

Russian officials have been complaining to the US that heroin is flooding into Russia and that the US turns a blind eye to the havoc that is being created in their own nation.

It is so corrupt that the "war on drugs" is nothing but a cover to eliminate the competition.

Makow- This may be why Admiral Jeremy Bordas was murdered.

The irony here is that this book is out because Brendon O'Connell, who was jailed for 3 years under Australia's Hate laws (anti-semitism) met Roger in prison there.
The same thing happened to Scott Bennett (The Shell Game) who met the UBS executive and fellow inmate who blew the whistle on that banks involvement in the West's funding of ISIS.

I am now reading Reave's book, entertaining in it's own right, almost Mark Twainish in it's adventurism { A good break from reading several of Joseph Farrell's speculative though thoroughly researched books on the Nazi's, their technology, and the likelihood that Bormann and Reichter were down in Argentina in the Bariloche area in furtherance of the Fourth Reich (see Jim Marrs too on that), and even having Eisenhower down there for some reason (quoting Harry Cooper's - Sharkhunters - Hitler in Argentina). It is surmised that is what Eisenhower might have meant in his swan song warning about the secret black ops military industrial complex. The Bushes and the Nazis have many connections.}

Reaves is doing big time because of a large cannabis haul, he notes in his book that until Reagan the biggest penalty for that sort of thing was 5 years in the US.

Reaves incidentally does not shirk the consequences of his actions saying you either have law or lawlessness. But he did live an interesting, albeit hazardous life, and he comes across as a man of integrity brought up in a life of reality, and he knows how to tell a good story.

Henry, another footnote to this tragic comedy: when the Taliban (which literally translates as "student") took over Afghanistan, they were the college educated young people who simply wanted their country back from US puppet rule, but were typically demonized in the American press as fundamentalist religious fanatics and "terrorists".

Among the evils they banned were the growing of poppies and exportation of heroin, which alone guaranteed the US would reinvade, as it did. Now the opium trade has revived and heroin of such high quality and strength is flooding America again that we have an epidemic reaching all the way to the suburbs and record deaths from overdoses.

I'm the friend of a friend who lost a son in his 20's to a heroin overdose within the last year. It is not hard to find photos of US troops guarding the poppy fields and stacks of the raw brown base awaiting shipment to refinement centers in the West and ultimately into the veins of addicts worldwide. It is an evil of Biblical proportions.

The American cocaine habit in the 1980's was no joke. It ruined many lives and professional careers as well as the family unit and everything else that was exposed to it.

The "poor mans" version of this drug, crack cocaine, spread throughout the ghetto and the lower middle class of America like wildfire being the most addictive drug known to man at that time.

It poisoned future generations of our female youth that also got addicted and took up prostitution to support their habit that are known as "crack whores" today.

Also, crack cocaine related violence included some of the most vicious and gruesome crimes ever committed by addicts who were in the blackout stage of their high.
If this all sounds like Satan in action, it was.

The 1980's of the Ronald Reagan era were really such great and fun tears. We all should be so very proud.