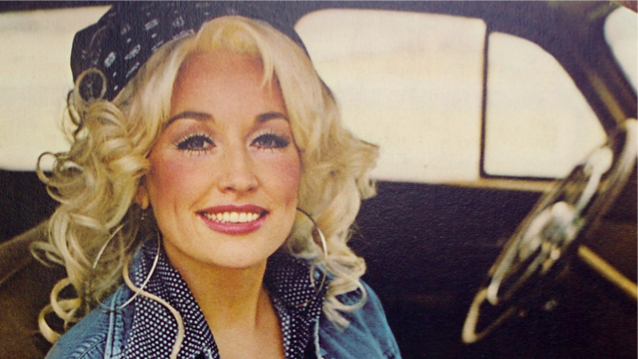 MIND CONTROL
Dolly Parton's TV series was nixed because
it presented Christianity in a positive
light. This is how
Cabalist (Masonic) Judaism
used "entertainment" to induct
society into a  satanic cult.
"It is bad enough when a group representing less than three percent of the American population -- and many of whose members have a self-proclaimed first loyalty to a foreign nation -- should be in control of so many of America's cultural, financial and governmental institutions. But it is positively insulting for them to deny their influence and power -- particularly when they themselves are continually boasting in their own circles about their "overrepresentation" in these fields. And it is absolutely infuriating when this denial reaches the point that non-Jews are attacked by Jewish agitators and Zionist zealots for stating obvious facts and truth."
The Big Hollywood Lie: Denying that Jews Control the Film Business
From The Journal of Historical Review, September/October 1998 (Vol. 17, No. 5), page 14.
When country singer Dolly Parton told Vogue magazine a couple of months ago that her idea for a TV series about a country singer who becomes a gospel singer was turned down by Hollywood, she said that "everyone's afraid to touch anything that religious because most of the people out here are Jewish, and it's a frightening thing for them to promote Christianity." Truer words were never spoken. 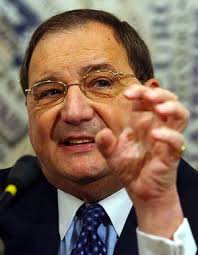 But the ADL's chief troublemaker, Abe Foxman, left, immediately flew into one of his by-now tiresome furies and fired off a letter (which he made available to the news media, of course) to Dolly, scolding her for her innocent, honest comment. Foxman charged that Ms. Parton was invoking "the old antisemitic stereotype of Jewish control of Hollywood and hostility toward Christianity." He did not, however, directly contradict her or deny that Hollywood is controlled by his fellow Jews.
Being the nice person she is and knowing on which side her bread is buttered, Dolly dutifully and publicly apologized. She wrote to Foxman, "I regret that my words could have conjured up an impression of Jewish 'control' of Hollywood." Ever the arrogant, whining bully, Foxman accepted Ms. Parton's atonement, informing the media that is was a "refreshing capitulation." And the Hollywood lie lives on.
The Jewish denial that Hollywood is controlled by Jews is a great lie which can be attested to by anyone who has ever been associated with the film industry. Here is but one example.
In the late 1970s, New American View editor Victor Marchetti was working as a screenwriter on a spy movie. The producer, the director, Marchetti's agent and just about everyone else was Jewish. The proposed film was shopped around to several major studios. All the executives at all the studios with whom the project team met, with one exception -- Alan Ladd, Jr., then head of 20th Century Fox -- were Jewish.
At one meeting, at MCA-Universal (the studio which produced "Schindler's List"), the discussion was interrupted when a latecomer entered the studio head's office and took a seat next to Marchetti. He was a little, nondescript person who seemed out of place in the production meeting. The studio head halted the discussion and, turning to the little man, asked if he had any problems with the project after having read the treatment, an abbreviated script. The man, speaking with a foreign accent, said no, smiled at Marchetti, and departed. 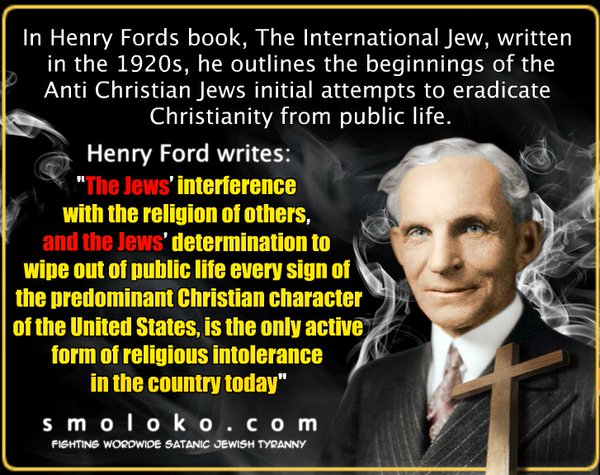 "Who is he?" Marchetti asked the studio head.
The powerful Hollywood boss answered, "He's an Israeli. I just wanted to make sure there was nothing in this movie that he would not like." As the meeting continued, Marchetti began to count noses. Of the nine people in the office, Marchetti was the only non-Jew. It reminded him of many meetings he had attended in the publishing world in New York, where often he had been the only Gentile out of a dozen or more people discussing a book project.
Marchetti's Jewish agent leaned over and asked in a whisper, "What are you thinking about?"
"Everybody in the room is Jewish except me." "Forget about that," the agent said. "You just better hope that your Jews are smarter than the studio's. We're talking big bucks."
Since then, Marchetti has had several other involvements with the Hollywood movie crowd. It was always the same. The Jews were, and remain, in control of Tinsel Town. To say otherwise is to lie.
It is bad enough when a group representing less than three percent of the American population -- and many of whose members have a self-proclaimed first loyalty to a foreign nation -- should be in control of so many of America's cultural, financial and governmental institutions. But it is positively insulting for them to deny their influence and power -- particularly when they themselves are continually boasting in their own circles about their "overrepresentation" in these fields. And it is absolutely infuriating when this denial reaches the point that non-Jews are attacked by Jewish agitators and Zionist zealots for stating obvious facts and truth.
Most Americans have always been suspicious of too much power in too few hands. That's what the Constitution is all about. And that is why we have never trusted elitist groups which have tried to dictate to us. So, if we don't trust the old-line establishment, the old elite, why should we not be suspicious of the new elite -- the Jewish establishment -- and its excessive power in America.
----------------------------------
This essay is reprinted from the April 1, 1994, issue of New American View, a newsletter edited by Victor Marchetti. (It is no longer published.) Marchetti served for 14 years with the CIA, where he rose to be executive assistant to the deputy director. His book, The CIA and the Cult of Intelligence, co-authored with John Marks, was the first critical account of the agency written by an insider. Marchetti's presentation at the Ninth IHR Conference, "Propaganda and Disinformation: How the CIA Manufactures History," was published in the Fall 1989 Journal of Historical Review.
---------
Note: In an Amazon review July 9, 2008, former TV screenwriter confirms TV "Jewish tool to undermine WASP culture."
As A Jew Myself, I Can Tell You That Dr. MacDonald Is Correct
By E. Baumgartner (New York, NY)
The Culture of Critique: An Evolutionary Analysis of Jewish Involvement in Twentieth-Century Intellectual and Political Movements (Paperback)
"As a former leftist Hollywood Jew (I wrote TV shows), I can say from personal experience that Prof. MacDonald is 100% correct in this book. The shows I worked on: Mary Tyler Moore Show, That Girl, & Love American Style, among others, were nothing more than Jewish tools (for the most part) to undermine the innocence of American WASP culture, ("Cultural Marxism" as Prof. MacDonald calls it).
I became disturbed with the studio editorial "rule" that children should be portrayed as sassy and disrespectful towards their parents. A few times I presented a script to my editor (also a Jewish guy) in which I had the child character behaving politely and respectfully towards his parents. The editor changed the lines to make the child bratty/sassy and then told me "... that's the way it should be done from now on, unless I tell you otherwise". That's when I started to see that something else was going on besides just making TV shows. I could see the changes in American society resulting from all this TV propaganda. I eventually left writing and became a teacher. Kudos to Prof. MacDonald for his meticulous research in writing this book."
------
Related-  Makow - TV's Luciferian Message: Sick is Healthy
---------------------- "Unless You're Jewish, You're Nobody in Hollywood"
-----------------------MARLON BRANDO EXPOSES THE JEWISH CONTROL OF HOLLYWOOD AND HOW THEY USE HOLLYWOOD TO MANIPULATE THE MINDS OF THE PUBLIC THUS ALLOWING THEM TO PUSH THEIR OWN AGENDAS...FOR EXAMPLE THEIR MULTICULTURAL AGENDA ...

Some years ago I read a good secular book by Neal Gabler: "An Empire of Their Own, How the Jews Invented Hollywood." The book is very interesting and honest as it covers the history of the film industry and its early and current domination by Jews. I mentioned it to a Christian friend, who immediately barked (in true programmed fashion), "Sounds anti-Semitic." I have read other accounts of persons in film tip-toeing around Christian themes and such because of who controls it largely. I am reminded of one of your articles saying, in effect, if you speak the truth, its anti-Semitic. Thus, by pouncing on Dolly Parton's words, modern Kabalistic Judaism announces once again its embrace of the opposite: A Lie.

It will not be widely known that the siren sound of celebrity can be accompanied early on by degrading and potentially control-bestowing tryouts for roles in the industry. Ones I am familiar with personally (not because I myself was the "target") include rolling around naked on a floor in simulated filth, adopting the persona of one who has been sexually abused in childhood by a parent and doing one's utmost to act convincingly, and being hung on a cross in a parody of Christ's crucifixion. It's reminiscent of the nasty manipulation portrayed by Peter O'Toole in the film The Stuntman.

I am not saying that all people involved in show business have depraved imaginations, but a remarkably disproportionate number seem to fall into this category.