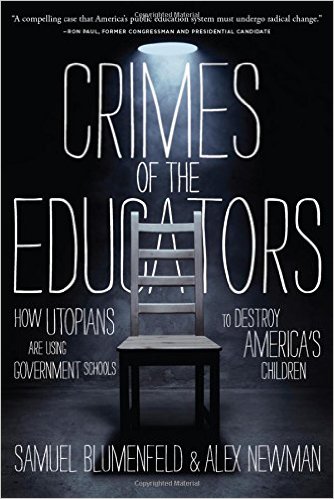 In Crimes of the Educators: How Utopians Are Using Government Schools To Destroy America's Children,
authors Sam Blumenfeld and Alex Newman expose a plot to deliberate
ly dumb down the population, a mission
exemplified today by Common Core.
Satanists invert everything. In a satanic society, schools don't educate. They make the student stupid.
The Christian model is to attempt to raise everyone up. The Illuminati Jewish (i.e. Communist) model is elitist. Reduce everyone to the level of cattle, better to manipulate and exploit.
"In our dreams ... the people yield themselves with perfect docility to our moulding hands. ...We have not to raise up from them authors, poets or men of letters....The task we set before ourselves is ... to train these people as we find them to a perfectly ideal life just where they are."  ("Occasional paper #1" Rockefeller General Education Fund" in Josephson, "The Strange Death of FDR" 1948, p. 69)
Don't kid yourself, their "moulding hands" will make the goyim insane as well as stupid. They will spread gender confusion, sex addiction (porn)  and Satanism (through music, movies, TV etc.)
by William Jasper
Education Malpractice
(abridged by henrymakow.com)
In Crimes of the Educators: How Utopians Are Using Government Schools to Destroy America's Children, Samuel L. Blumenfeld and Alex Newman lay bare the rot that runs to the heart of Common Core.
However, this book is about far more than Common Core, which is but the latest iteration in a long line of revolutionary programs imposed through the government school system by the educational establishment to deconstruct America -- socially, politically, psychologically, intellectually, morally, and spiritually: look-say reading, the "new math," death education, values clarification, sex education, multiculturalism, sensitivity training, outcome-based education, etc. 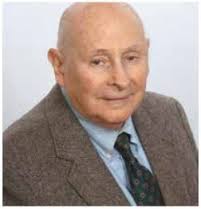 Samuel Blumenfeld, left, (who died last June) and Alex Newman are eminently qualified as a team to tackle this important subject. Blumenfeld was one of America's most perceptive observers of education for more than four decades, authoring ten books on education, in addition to crisscrossing the nation many times on speaking tours. This present volume recapitulates much of the extraordinary research into the education dilemma that Blumenfeld first brought to the American public in the early 1980s with his books Is Public Education Necessary? and NEA: Trojan Horse in American Education.
MORE AT RISK THAN EVER
In 1983, the National Commission on Excellence in Education issued its shocking report A Nation at Risk: The Imperative for Education Reform. Among its most damning indictments, which Blumenfeld and Newman quote, is this alarming statement summarizing the dire reality of the statistical evidence: "The educational foundations of our society are presently being eroded by a rising tide of mediocrity that threatens our very future as a Nation and a people."
"If an unfriendly foreign power had attempted to impose on America the mediocre educational performance that exists today," the report continued, "we might well have viewed it as an act of war."
But the erosion and mediocrity were not the result of war by "an unfriendly foreign power." They were (and are) the result of war by an unfriendly domestic power, a subversive Fifth Column of socialist educators who detested America, its Christian foundations, and the American Founders' design of limited, constitutional government that thwarted their plans for social engineering and central planning.
Paranoia? Wild "conspiracy theory"? That's what those with a vested interest in perpetuating our nation's suicidal descent will say, of course.
However, the evidence assembled by the authors speaks for itself -- literally. Blumenfeld and Newman name names and provide copious documentation and quotes from original sources.... 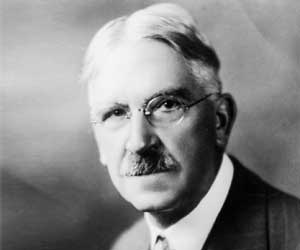 LOL--of course those were the very words the reading "instructor" was leading the class to read in sing-song fashion when the moronic Bush was sitting in a Direct Instruction reading class while the minions of the Goat ordered the Planes Must Hit the Steel buildings.

Go on youtube to see the stupidity of it all--this is a scripted method of reading which allows no creativity on anyone's part. And watch the commander in chief to know what a farce this all was.

May Sam Blumenfeld rest in peace. I had the pleasure to meet this wonderful humble man.
"GOAT", or "HIT" "STEEL" "PLANE" "MUST"

I recognized the education problem beginning in the 60's. I was just ahead of the 'new' learning process; saw it happening to the lower grades.

I was glad to get out in the business world and make my own way, creating a variety of businesses that employed those that would rather work a job.

My children were home schooled (now successful in their businesses) and now my grandchildren are being home schooled.

Their creativity is not being stifled by the system.
I know it's a better way. Living above mediocrity.
I've always said 'Public Education' is hazardous to your wealth.

Having been a student of this massive conspiracy since the early 1960s, when my kids became "school age," I could write here ten thousand words on the subject and be just beginning to expose it. For instance the fact that "new math" was created by a "progressive" (communist) teachers organization in 1921 but not installed until the TEACHERS & ADMINISTRATORS were properly dumbed down (I believe in the mid 1960s) to the point of mindlessly accepting those gimmicks of ignorance as "education."

But there is no need to know all the details of the relentless subversion. The very worst thing you can do about it is to try to "reform the schools." You have lost that war before you have even considered it. I have the experience to guarantee that statement.

The single real answer to this conspiracy is to remove your kids from this cesspool and school them yourself, as God intended. I did it when it was a jailable offense against the criminal government already in place. You can do it today much easier because of the pioneering of those of us who refused the destruction of our kids. You also have the Internet which can make any child a master of any subject he chooses with no more effort on your part than interested monitoring of his progress. Diplomas are part of the establishment empire mental control and need not be a concern. Home schooled teen agers have become highly paid consultants of giant corporations simply because they learned what they were interested in and enjoyed learning on the Internet WITHOUT the myriad hold backs of the halls of planned ignorance aka, organized schools.

Main stream media does its best to keep this fact a dark secret but many colleges now put home schooled applicants at the front of their list. They openly state that home schooled applicants in general are better prepared, have better study habits, are better behaved and have better priorities than the products of "traditional" schools. Not mentioned but also true is that they are also more likely to adhere to their religious beliefs, something "higher learning" generally abhors. Plus, it is much harder for these institutions of debauchery to influence home schooled students who mostly come to them for information, not parties.