Vaccine Opponents Do Have Scientific Backing 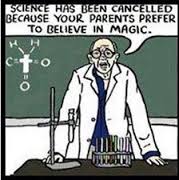 Nothing defines the conspiracy against society better than the vaccine issue.
People who refuse to put their trust in the medical cartel are viciously ridiculed  and told they are ignoring scientific fact.
Here is a list of medical journal abstracts on vaccine hazards.
They prove that science is not on the side of vaccines, and anyone pushing vaccines is an Illuminati stooge. 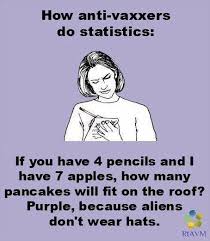 ---------------------------------------- http://www.ncbi.nlm.nih.gov/pubmed/?term=21568886 Curr Med Chem. 2011;18(17):2630-7. Aluminum vaccine adjuvants: are they safe? Tomljenovic L1, Shaw CA. Abstract Aluminum is an experimentally demonstrated neurotoxin and the most commonly used vaccine adjuvant. Despite almost 90 years of widespread use of aluminum adjuvants, medical science's understanding about their mechanisms of action is still remarkably poor. There is also a concerning scarcity of data on toxicology and pharmacokinetics of these compounds. In spite of this, the notion that aluminum in vaccines is safe appears to be widely accepted. Experimental research, however, clearly shows that aluminum adjuvants have a potential to induce serious immunological disorders in humans. In particular, aluminum in adjuvant form carries a risk for autoimmunity, long-term brain inflammation and associated neurological complications and may thus have profound and widespread adverse health consequences. In our opinion, the possibility that vaccine benefits may have been overrated and the risk of potential adverse effects underestimated, has not been rigorously evaluated in the medical and scientific community. We hope that the present paper will provide a framework for a much needed and long overdue assessment of this highly contentious medical issue. ------------------------------------- Simian virus 40 (SV40) a monkey virus found for years in the polio vaccine and is a potent cancer agent. http://www.ncbi.nlm.nih.gov/pubmed/15258090 http://www.ncbi.nlm.nih.gov/pmc/articles/PMC452549/ Clin Microbiol Rev. 2004 Jul;17(3):495-508, table of contents. Emergent human pathogen simian virus 40 and its role in cancer. Vilchez RA1, Butel JS. Abstract The polyomavirus simian virus 40 (SV40) is a known oncogenic DNA virus which induces primary brain and bone cancers, malignant mesothelioma, and lymphomas in laboratory animals. Persuasive evidence now indicates that SV40 is causing infections in humans today and represents an emerging pathogen. A meta-analysis of molecular, pathological, and clinical data from 1,793 cancer patients indicates that there is a significant excess risk of SV40 associated with human primary brain cancers, primary bone cancers, malignant mesothelioma, and non-Hodgkin's lymphoma. Experimental data strongly suggest that SV40 may be functionally important in the development of some of those human malignancies. Therefore, the major types of tumors induced by SV40 in laboratory animals are the same as those human malignancies found to contain SV40 markers. The Institute of Medicine recently concluded that "the biological evidence is of moderate strength that SV40 exposure could lead to cancer in humans under natural conditions." This review analyzes the accumulating data that indicate that SV40 is a pathogen which has a possible etiologic role in human malignancies. Future research directions are considered. ------------------------------------ 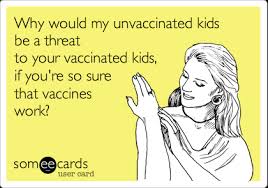 Comments for "Vaccine Opponents Do Have Scientific Backing "

Excellent article. Having a personal friend that worked in a vax lab, she helped to to see there are some serious problems in the vax industry. The vax industry is aware that the carriers are toxic to some people. They are also aware of biological contamination and it is common. The vax are sold anyway. This friend will not use vaxs, nor will she vax her livestock.

However vaxs do work for many communicable diseases. To say they don't work is silly. Many times growing up on a farm I have seen vaxs stop cold epidemics.

The issue is that the vax industry so far is they are unwilling to look into or change the carriers that cause so much distress.

Two years ago, we had a youth come to our clinic with a disabling autoimmune condition triggered by the Gardasil vaccine. This person was treated with techniques from functional medicine....vitamin drips, chelation, and a dedicated programme of vitamins, minerals, amino acids and essential fatty acids. She recovered. The public health doctor filed a complaint against this doctor who helped a young lady recover - with the College of Physicians and Surgeons of Ontario.

We had to hire a lawyer from the Canadian Medical Protective Agency, surrender the file and sit on the situation, in fear, for a year. The complaint was eventually thrown out. It was, however, a traumatic experience. In my experience, the medical profession is most concerned to a psychotic degree of maintaining the status quo and the "standard of care", right or wrong. No public has any hope of winning against this. Under no circumstances should the government be allowed to force vaccination on the public. The medical profession lies, cheats and covers up to a criminal degree.

Iâ€™ve known for years that vaccinations were 98% fraud. Every year, I have to tell the nurse that I refuse. Here in Maine, the state law allows the patient to forego the shots, but the attitude on display is almost pure Nazism. Our dictator-in-waiting wants to make all vaccinations mandatory nationwide.