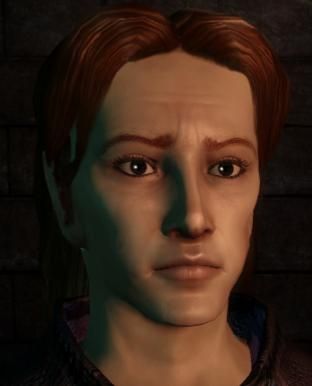 Could it be that homosexual ideals of female beauty and behavior are now the norm?

Traditionalist Christians often decry the homsosexual sexual revolution, rightly so in my view.

But in recent times I've become intrigued by the role of homosexual men in shaping the HETEROSEXUAL sexual revolution, i.e. the culture of casual sexual promiscuity now the norm in many western nations.

Has the predominance of homosexual men in the media and fashion industry subtly altered the outlook of heterosexuals of both sexes? I think it's quite plausible to suggest that it has.

Recently, I read a column by a young British female journalist in the  Daily Telegraph, in which she recalled that the "stunners" of the 1980s (such as the Benny Hill girls and the glamour model Samantha Fox) had "soft bodies", unlike the female celebrity beauties of today.

It was a fairly throwaway remark, but it got me wondering if the rise of the hard bodied ideal feminine body type owes a lot to the prevalence of homosexual men in the fashion industry, television, and magazine publishing.

After all, gays go for the lean, hard, muscular look in men; so it's only logical to assume that they'll like it in women as well. Even the hard, football-like fake boobs of so many modern female celebs have an unyielding, oddly masculine quality to them.

Could it be that homosexual ideals of female beauty are now paradoxically the norm? And could it also be that the whole glorification of the dominant, competitive, unapologetically promiscuous female is also in some sense a gay ideal?

I discovered many years ago that a close friend of mine was secretly bisexual. This guy was an obsessive skirt chaser and also conformed to common notions of the alpha male in that he loved sports cars, and was an intensely driven business-man.

Yet in spite of all of this I wasn't surprised when I found out he had homosexual tendencies. Why?

One reason was that the women he really fancied tended to be extremely strong-willed, dominant, and competitive, and he always made it clear that he fancied them because of these qualities, not in spite of them.

He ended up marrying a woman very much of this type, a female athlete, from whom he is now separated. I wouldn't go so far as to say that he admired rampant promiscuity in women, but it never bothered him much either.

Here I think he differed from most straight men. Dr Johnson once observed that men care more about woman's virtue than about their own, which I think is a great truth.

In their heart of hearts most straight guys idealise women too much to ever be happy to see them behaving badly. In the modern era, however, men and women are brainwashed into believing that the "real man" is a compulsive womaniser.

In purely physiological terms this has to be nonsense, since nothing diminishes a man's potency as quickly as obsessive sexual activity of any sort - as any boxing or athletics coach will tell you. Yet since at least the 1950s it has been the received wisdom that men are by their very nature incorrigibly promiscuous.

Is it really a coincidence that the great modern apostle of this doctrine of intrinsic promiscuity is a man who freely admits to being bisexual - Hugh Hefner?

Or a coincidence that most of the sitcoms and soaps that glorify female promiscuity, such as Sex and the City, are written by male homosexuals? Or that mannish female fashions were pioneered by the likes of Yves Saint Laurent?

It's also worth pointing out that male homosexual can never understand the huge dangerous power of the female form for normal men and so will be much less likely to see anything wrong with immodest fashion, nudity, pornography, etc.

I  once heard a radio programme about women in the construction industry, in which a male builder said he didn't like women on sites during hot weather, as their bare flesh was a distraction.

A male homosexual  is not really in a position to comprehend objections to female immodesty in dress and deportment.  Male homosexuals seem to be naturally attracted to the fashion and media profession, but their ubiquity in these fields has led to the transformation in heterosexual ideals and behavior.

The notion of the 'ideal' woman is "fashion", or in the antique language 'idolatry'.  Fashion designers, which includes hair styles and makeup have always been notoriously flamboyant homosexuals. During the US Senate hearings on Communist subversion between 1950-53, former Communist informers disclosed that the 'gay elite' operating in fashion, entertainment, and publishing were pushing politically motivated hidden agendas.  The conservative press popularized the term 'Homintern', a play on the Soviet 'Comintern'.

The reason the fashion industry promotes impossible or deadly standards of feminine 'ideals' can only be a death wish aimed at young women. Generations of fashion mavens have pushed the ideal that girls should look like they just got out of Auschwitz, or just shot up some heroin.   A once top fashion model, Isabelle Caro, worked to expose the exploitation of girls with serious disorders by the modelling industry.

I would say that though fashion and entertainment are predominantly gay, they're also Satanists.  This why we see so many women in the 'elite' fully cooperating with the demoralization of girls and boys.

This video may seem off the topic but I recommend it be seen to understand the Satanic basis of the obsession of sexual inversion.
https://www.youtube.com/watch?v=gKgq1kHKt9k

"High Fashion" beauty standards are reflective of the sexual tastes of affluent gays who run the fashion industry.

He says that until society is ready for 10-13 year old boys strutting provocatively in avant garb, then these designers will have to continue finding women who have the build and facial structure of the pre-pubescent boys they prefer. My younger brother is a gay hairstylist in Manhattan who participates in fashion week and likes "the scene" and I can confirm just secondhand that fashion is a Gay, and predominantly Jewish enterprise.

The irony is that the foot soldiers of academic feminism lay the blame at the feet of your everyday heterosexual man (The Patriarchy) for holding women to an impossible standard of height, leanness, and facial structure. The reality is that men's ideals of beauty are more accurately and realistically depicted in pornography and on stage at strip clubs (what the author describes as "Glamor Models") than by the adrogynes chosen by the Jewish homosexual fashion elite. Far from a endorsement for porn, it is just worth saying that it is a more accurate reflection of hetero male preference and the girls tend to be far more girl-next-door looking- though maybe not if you live in Atlanta or some other trailer park ghetto, then the girl next door is likely diabetic...

Add to this dynamic the preponderance of high status celebrity women abusing synthetic Human Growth Hormone (HGH) in order to stay lean and young looking, and then eventually in their 40's showing clear signs of facial masculinization as a side effect, and you may very well end up with a mass shift in sexual preference towards androgyny.
http://heartiste.wordpress.com/2010/04/08/attack-of-the-manjaws/

Most of the links are not entirely work safe, but they are a very enlightening exploration of how physical markers of masculinity ad femininity differ, the overwhelming masculinization of fashion models and the reasons why.

From my limited personal experience with fashion models, they are typically very shy, flat-chested and gawky girls who have never considered themselves attractive, but fall in to a culture of eating disorder, physical exploitation and drug use until they begin to show the faintest sign of female secondary physical traits (breasts/hips/facial fullness) and are then discarded for a younger and still boyish-looking girl. One sad case I know is the daughter of a minister who was an all-american high jumper who is now the single mother of the child of a bisexual drug dealer.