James Traficant - Americans are Prisoners of the Fed 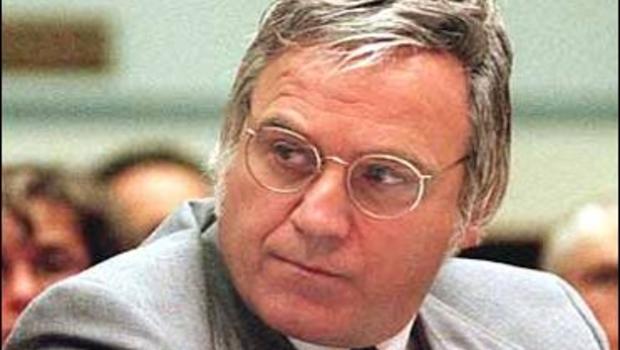 American Patriot, Congressman James Traficant, left, died Saturday at age 73. He represented Youngstown Ohio from 1985-2002 - re-elected eight times. He was framed for "corruption" in 2002, expelled from Congress and spent seven years in prison.

In a 1993 speech (below), he explained that Americans had lost their freedom because their personal property and wealth are pledged against the national debt. No doubt, this is the rationale behind the emergence of the US Police State. The international bankers are ensuring they can collect.  Terrorism is just a pretext. Just two months ago, Traficant began a grassroots campaign "Project Freedom USA" to put people pressure on Congress to get rid of the IRS and "divorce" the Federal Reserve.


"We are reaping what has been sown, and the results of our harvest is a painful bankruptcy, and a foreclosure on American property, precious liberties, and a way of life. Few of our elected representatives in Washington, D.C. have dared to tell the truth. The federal United States is bankrupt. Our children will inherit this unpayable debt, and the tyranny to enforce paying it."  James Trafficant in 1993

The Bankruptcy of the United States
(Abridged by henrymakow.com)

"Mr. Speaker, we are here now in chapter 11.. Members of Congress are official trustees presiding over the greatest reorganization of any Bankrupt entity in world history, the U.S. Government. We are setting forth hopefully, a blueprint for our future. There are some who say it is a coroner's report that will lead to our demise.

The receivers of the United States Bankruptcy are the International Bankers, via the United Nations, the World Bank and the International Monetary Fund. All United States Offices, Officials, and Departments are now operating within a de facto status in name only under Emergency War Powers. With the Constitutional Republican form of Government now dissolved, the receivers of the Bankruptcy have adopted a new form of government for the United States. This new form of government is known as a Democracy, being an established Socialist/Communist order under a new governor for America. This act was instituted and established by transferring and/or placing the Office of the Secretary of Treasury to that of the Governor of the International Monetary Fund. Public Law 94-564, page 8, Section H.R. 13955 reads in part: "The U.S. Secretary of Treasury receives no compensation for representing the United States.' ....

The Federal Reserve System is a sovereign power structure separate and distinct from the federal United States government. The Federal Reserve is a maritime lender, and/or maritime insurance underwriter to the federal United States operating exclusively under Admiralty/Maritime law. The lender or underwriter bears the risks, and the Maritime law compelling specific performance in paying the interest, or premiums are the same.

Assets of the debtor can also be hypothecated (to pledge something as a security without taking possession of it.) as security by the lender or underwriter. The Federal Reserve Act stipulated that the interest on the debt was to be paid in gold. There was no stipulation in the Federal Reserve Act for ever paying the principle.

Prior to 1913, most Americans owned clear, allodial title to property, free and clear of any liens or mortgages until the Federal Reserve Act (1913.)

"Hypothecated" all property within the federal United States to the Board of Governors of the Federal Reserve, -in which the Trustees (stockholders) held legal title. The U.S. citizen (tenant, franchisee) was registered as a "beneficiary" of the trust via his/her birth certificate. In 1933, the federal United States hypothecated all of the present and future properties, assets and labor of their "subjects," the 14th Amendment U.S. citizen, to the Federal Reserve System. 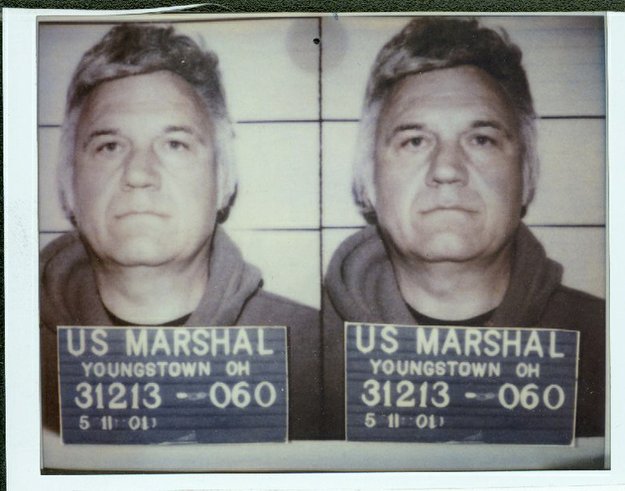 (Trafficant's incarceration symbolizes our own)

Unwittingly, America has returned to its pre-American Revolution, feudal roots whereby all land is held by a sovereign and the common people had no rights to hold allodial title to property. Once again, We the People are the tenants and sharecroppers renting our own property from a Sovereign in the guise of the Federal Reserve Bank. We the people have exchanged one master for another.

This has been going on for over eighty years without the "informed knowledge" of the American people, without a voice protesting loud enough. Now it's easy to grasp why America is fundamentally bankrupt.

Why don't more people own their properties outright?

Why are 90% of Americans mortgaged to the hilt and have little or no assets after all debts and liabilities have been paid? Why does it feel like you are working harder and harder and getting less and less?

We are reaping what has been sown, and the results of our harvest is a painful bankruptcy, and a foreclosure on American property, precious liberties, and a way of life. Few of our elected representatives in Washington, D.C. have dared to tell the truth. The federal United States is bankrupt. Our children will inherit this unpayable debt, and the tyranny to enforce paying it.

America has become completely bankrupt in world leadership, financial credit and its reputation for courage, vision and human rights. This is an undeclared economic war, bankruptcy, and economic slavery of the most corrupt order! Wake up America! Take back your Country."

Traficant was still at it this summer.  You can see he was strong as a bull and would have lived a century if he hadn't had an accident.
Tractor accidents aren't rare, but the story has lot's of red flags that can't be checked out.   As his death is so very convenient I can only assume it was caused, though it's pointless to suggest it because they did such a good job of making it look like bad luck.


Traficant was pretty well the last known voice we had speaking out on these issues, and he'd have never stopped.

In this video, you can hear his message was that the only way we get the country back is for all the groups to get together.
He means blacks, whites, rednecks, rich or poor.  That's exactly what media and government has been working so hard to prevent from ever happening.

Part2- Just found this talk by Trafficant from 2013.  He was leading an organized investigation of Bilderberg.   He explained the way to penetrate the secrecy is to look for tax dollars being used to fund anything to do with the meetings.

"You've got to go beyond [protests] and you have to secure evidence," he said, as onlookers at this year's protest site listened intently. "We're announcing that me, Jim Traficant, in conjunction with AMERICAN FREE PRESS, will be serving on the U.S. government only, a broad-based federal Freedom of Information Act inquiry into the activities of Bilderberg." He then centered on this key question: Is there any money budgeted in any federal government account, or has there been any expenditure of public funds, that have gone, in any way, in subsidizing Bilderberg?"

"Therefore, citizens of nearly any nation--given what happens to nations ensnared in Bilderberg's assault since 1954 on economic and political sovereignty--also should seek hard evidence of their tax dollars being used for Bilderberg, since the involvement of any public officials with Bilderberg could then more easily be questioned--and ideally brought to a halt."

Comments for "James Traficant - Americans are Prisoners of the Fed "

Not only was he defender of the little guy against the IRS, he stood up for religious liberty protection against the IRS also. Thanks for writing the essay. I am surprised you knew about him. Ppl tried to cast him as an oddball, a poseur. This he was not. He was a man of deeply held convictions on freedom and liberty.

You made the situation understandable to thousands of us.

It is now no wonder why Nick Rockefeller told Aaron Russo about the time "to chip the serfs." It is how they view us and what the paperwork says!

Not only is the interest owed, as stated in the article, on the fraudulent creation of fictitious "currency," and not only was it owed in gold, but thanks to Nixon and his Attorney General (Katzenbach?), it was owed at the legal statutory value of gold. There was an obscure Supreme Court decision on this.

As to the second point, I believe the current statutory value of gold is $40 per ounce. This is fixed by declaration of Congress, and it stands even though today's market value is $1,200 per ounce. Thus, if "We the People" owe $1,200 in fictitious debt fraud to Caesar, and if the statutory value of gold is $40 per ounce, then we owe Caesar 30 (thirty) ounces of gold, as interest. If the interest was paid in gold at market value, we would owe only 1 (one) ounce.

In short, the more the Fed inflates our currency, the faster they take away our gold ... at an exponential rate.

"Our" Congress could easily change the statutory rate. They won't do that. The reason is, the Fed is a mafia operation and they like their interest paid in gold, valued at a nice low statutory rate.

If you look up the Congressional records, you won't find the many paragraphs attributed to Traficant - or at least I couldn't and I've tried. A website picks up a bogus quote and it is repeated over and over till we take it as authentic. It tends to discredit the messenger and probably not by accident.

Traficant's official speech touches on the key without any embellishment; that is that Congress is presiding over a financially bankrupt nation. I would underscore the importance of such a sorry state of affairs by presenting you with this nugget:

The United States is bankrupt by choice and not by necessity. Anytime Congress wants, it may unilaterally create new money, free from private banker debt/interest. We are drowning in debt and inexplicably; the lifeboat (sovereign money) is well within our reach. It is absurd to think that any nation may borrow itself out of debt. Under this scheme, all a nation may do is continue the pyramid scheme a little while longer while pledging more assets in the process that will be lost as a mathematical certainty.

Thank you for posting this article on James Traficant Henry and paying tribute to him as the true American Patriot that he was.Thank you also Scottie for your tribute and research on James with excellent historic links to be archived.

A lot of people still don't know that the "FED" has it chartered in the 1913 agreement that the interest on the US Debt was to be paid in gold. This makes sense because to pay them back with the very fiat dollars they print would have totally divorced American currency from a gold standard making their fiat money worthless. While the American monetary system today may be off the gold standard the House of Rothschild isn't.

James Traficant once said on his radio show years ago, shortly after he was released from prison, that the real reason he was sent to jail was for defending John Demjanjuk as his lawyer. He was the only congressman in Washington that had the courage to do so. The other congressmen for "fear of AIPAC" remained silent.

James also vehemently opposed unfair foreign trade agreements and illegal immigration. He also went to jail once when he was Deputy Sheriff in Ohio for refusing to sign off on eviction orders for tenants who had lost their jobs because of plant foreclosures.

Let it be known to all Americans that last Saturday they lost a fighter for them and their families with the passing of James Traficant. And with this loss a piece of what was once America has gone with it.