On July 20, 2012, a mass shooting occurred inside of a Century movie theater in Aurora, Colorado, killing 12 people and injuring 70 others. The sole suspect, James Eagan Holmes, was arrested outside the cinema minutes later.

There are 350,000,000 people in the US, and who is James Holmes linked to but Stewart Brand's partner David Eagleman, both men associated with MK Ultra mind control and brainwashing. What are the chances?


"Obviously, like most MK-Ultra Manchurian candidates, including Sirhan Sirhan, John Hinckley Jr. and the Unabomber, the media did a skillful job of painting the tragic incident in Aurora as an inexplicable occurrence perpetrated by a deranged individual."

Consider how all this ties together: Stewart Brand is a board member of the Long Now Foundation, along with David Eagleman, who worked with James Eagan Holmes, the infamous orange-haired Colorado shooter. 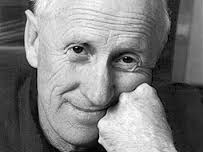 Brand, left, was a key agent of MK-Ultra, who downplayed concerns that the Cybernetics Group's plan of developing the "personal computer" was aimed at creating Big Brother, by marketing it as a tool to empower the masses.

Eagleman, for his part, is now carrying on the legacy, having recently written Why The Net Matters: How the Internet Will Save Civilization, which Brand referred to as a "breakthrough work."

But, contrary to media depictions of him, Holmes was an extremely brilliant young man, before something went horribly wrong, after he became interested in studying neuroscience, a field closely associated with mind control.

In the video above, Holmes summarizes the work he did at the Salk Institute for Biological Studies in La Jolla, Calif., where he attended the eight-week summer camp when he was eighteen. This is where David Eagleman used to work. Holmes focused on the study of Reversal of Temporal Order Judgment, a subject which Eagleman specializes in. 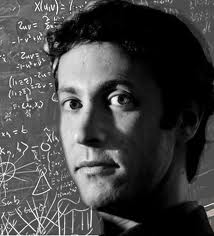 Who is David Eagleman? He is a neuro-scientist and writer at Baylor College of Medicine. He is a Guggenheim Fellow, a council member in the World Economic Forum, and a New York Times bestselling author published in 27 languages. Eagleman has written for The New York Times, Wall Street Journal, Discover, Slate, The Atlantic, Wired, and been profiled on television programs as The Colbert Report and on the scientific program Nova Science Now. Stewart Brand wrote that "David Eagleman may be the best combination of scientist and fiction-writer alive."[1]

Eagleman is particularly interested in people's subjective interpretations of reality. His leitmotif seems to be to prove that virtual reality, subjective reality and reality are the same thing.  For example, numerous experimental findings suggest that people's perception of time can be manipulated by repeated exposure to non-simultaneous stimuli. In an experiment conducted by Eagleman, a temporal order judgment reversal was induced in subjects by exposing them to delayed motor consequences. Eagleman writes that his long-range goal is "to understand how neural signals processed by different brain regions come together for a temporally unified picture of the world."[2]

WHAT IS HE HIDING?

Curiously, however, when USA Today reported, "Neuroscientists debunk idea Colorado suspect was supersmart," the authority they referred to was David Eagleman. Eagleman lied that Holmes' credentials were no better than those of an average student.[3] Of Holmes, he said, "He was just a second-year grad student... He didn't know anything."

But, according to University of California, Riverside (UCR) recommendation letters submitted to the University of Illinois at Urbana-Champaign (UIUC), Holmes graduated in the top 1% of his class with a 3.949 GPA. The UCR letters also described Holmes as "a very effective group leader'' and a person who "takes an active role in his education, and brings a great amount of intellectual and emotional maturity into the classroom."[4] "James received excellent evaluations from the professors and graduate students with whom he worked and was mentored."[5]

The names of those who wrote the references letters, however, were blacked out.[6] 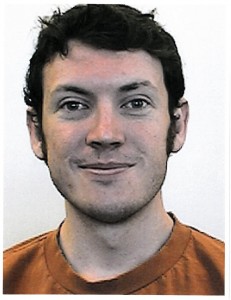 But somehow Eagleman suggested that at Salk Holmes had a reputation as a "dolt."

Likewise, John Jacobson, a former researcher at Salk whom Holmes listed as his mentor during the camp, told the Los Angeles Times that the teenager was a "mediocre" student who was stubborn and did not listen to direction. Jacobson told the newspaper Holmes "should not have gotten into the summer program. His grades were mediocre. I've heard him described as brilliant. This is extremely inaccurate."

Eagleman and Jacobson obviously had something to hide. What was it?

In June 2011, Holmes enrolled as a PhD student in neuroscience at the University of Colorado Anschutz Medical Campus in Aurora.[7] He received a $21,600 grant from the National Institutes of Health (NIH, a biomedical research facility primarily located in Bethesda, Maryland. An agency of the United States Department of Health and Human Services, NIH is the primary agency of the United States government responsible for biomedical and health-related research.

Holmes also received a $5,000 stipend from the University of Colorado, Denver.[8] The letter accepting Holmes into the program read, "Your personal and professional qualities are truly outstanding," and "you will be an excellent match for our program."[9] At least two researchers were vying for Holmes to join their laboratories, and the school offered him a stipend $22,600 per year and free tuition. Though Holmes received a letter of acceptance to UIUC, where he was offered the $22,600 stipend and free tuition, he declined their offer without specifying a reason.[10]

University of Colorado officials have declined to release Holmes' records, citing a Colorado judge's gag order that does not apply to other states.[11]

Holmes' defense attorneys claimed in a motion he was a "psychiatric patient" of the medical director of Anschutz's Student Mental Health Services prior to the Aurora shooting; however, the prosecution disagrees with that claim. Four days after the release of the defense attorney's motion, the judge required this information to be blacked out. CBS News later reported that Holmes met with at least three mental health professionals at the University of Colorado prior to the massacre.

Obviously, like most MK-Ultra Manchurian candidates, including Sirhan Sirhan, John Hinckley Jr. and the Unabomber, the media did a skillful job of painting the tragic incident in Aurora as an inexplicable occurrence perpetrated by a deranged individual.

Article and footnotes are here.
-----

RELATED- Livingstone - Was Surveillance the Purpose of the Internet?

Grad students go broke and starving everywhere, yet Holmes gets red carpets. Find such help in fields unrelated to Brave New World Order. Hopefuls only dream of such offers as Holmes got. Direct mind control is where the money's at. Holmes was swept into a system that eats its own.

His field is key and lacking applicants. You had profs under pressure to multiply mind control teams and experiments. Eagleman can well say Holmes was ho-hum: maybe he's all that mind controllers could get. Who wants to manipulate people like them?

James McCanney tells of bigwig R&D investment meetings where he sat as adviser. They had Congressmen, academics, CEOs, and financiers. Yet secretive youths issued orders. McCanney grasped later that these 20-somethings were cabal kids. You don't earn such positions. You get born into them.

That Holmes was discarded shows either (a) he was ho-hum and not wanted for cabal research, or (b) had ethics and couldn't serve it. Maybe he was tapped for black ops mind control and when he grasped the cabal's agenda, told his handlers to buzz off, he wanted out. At that point he knew too much.

Aurora was more social experiment on us. I doubt they even MK'd Holmes. They just slipped him knock-out juice and planted him by the theater. The shooter was covered in tactical gear and could have been anybody. A spotter manned the side door.

It is truly disgusting what these people do to "persons of interest"--many times set up by they themselves. They and their kept "reporters" can construct just about any scenario they can dream up to further their lies.

I remember a few weeks after the shooting, Holmes was being denigrated by someone at a midwest university (can't remember which one) b/c during one of his interviews there he said "psychiatric drugs probably do more harm than good."

Woops! We can't have that! Make sure thoughts like these are associated with the sickest of the sick.

And, of course, he cannot speak for himself.

Let's not forget James Holmes father: Was James used as a way to quiet his father, with the threat of killing him if he talks?