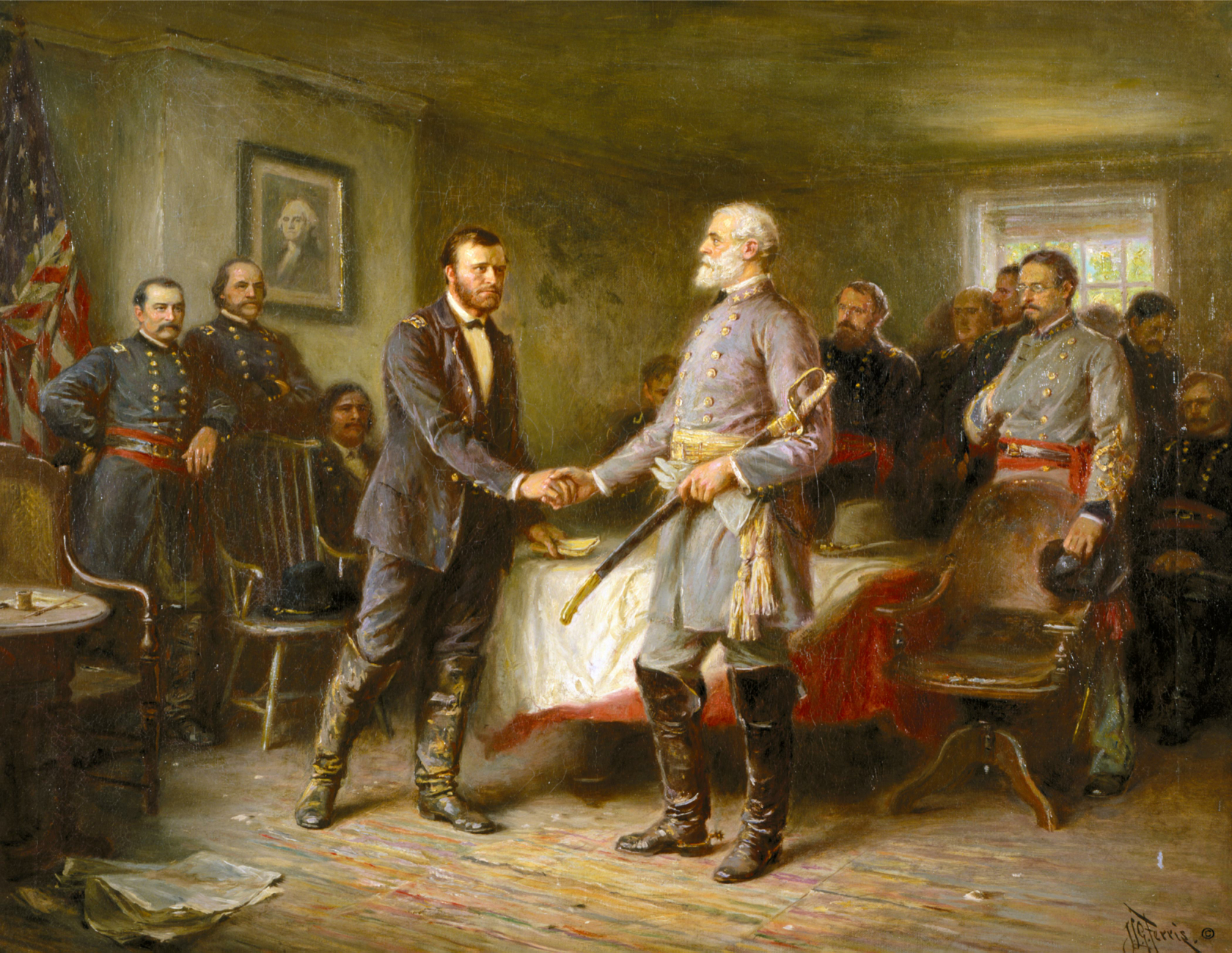 
"I found a reproduction of this painting in Lynchburg, Virginia. Its name is "let us have peace". It shows Generals Grant and Lee celebrating the death of hundreds of thousands with a Masonic handshake. (Thumb on knuckle.) Also notice the hidden hand sign by the other officer."

I know the painting from childhood, it was in every American history book.   Of course it was the artist who was the Freemason, not necessarily Lee.  If Gen. Lee was a member it's been erased.  But his father was!

The most powerful Masons are of invisible degrees that you can only get by birth to at least a 3 generation Illuminati family.   So lack of coming up through the ranks of the Blue Lodge doesn't mean a man wasn't involved.  It's helpful to examine their relations with known Freemasons and Lodges.  The Illuminati doesn't post it's membership in Wikipedia.

Here's some information from a Civil War forum. http://civilwartalk.com/threads/lee-and-masonry.57175/Growing up in the South I can say that almost everything from 1865 through 1960 had the world "Lee" somewhere in it - including my maternal uncle's middle name.  I was even born in the Army hospital at Fort Lee, Virgina.   So it's understandable many Southern Lodges are named after Lee.

I have also done some research on whether Robert E. Lee was a freemason. I can find no evidence. But did find an interesting fact on the Lee Lodge No. 209 A.F. & A.M. Waynesboro, Virginia. According to the Lodge's history, "Lee, the name chosen for the Waynesboro Lodge was one of great importance in that period. The Lodge requested and received permission from General Robert E. Lee to use his family name. It was the only time that general Lee gave permission for his name to be used for any such purpose". This can be found at http://www.grandlodgeofvirginia.org/lodges/209/history.asp

Another interesting fact from this history states that "there is believed to be a direct connection between the current Lee Lodge No. 209, and the Lee Lodge No. 209 chartered as a traveling Confederate military Lodge in December of 1863 and issued to Wickham's Brigade, Virginia Cavalry".