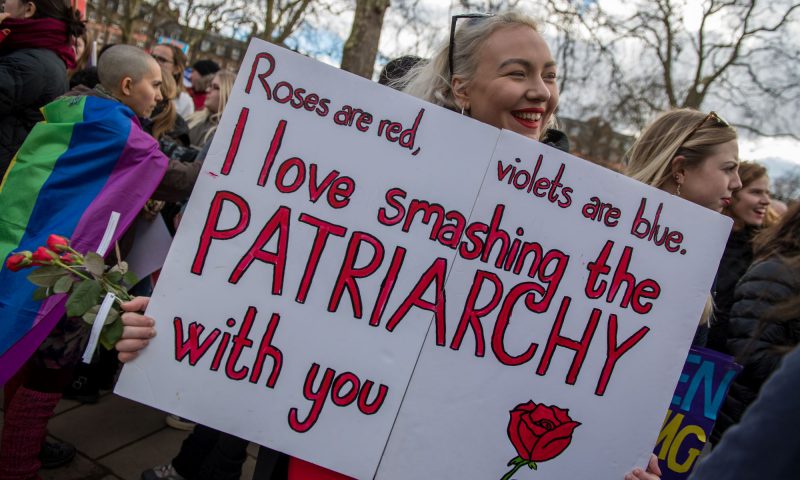 Heterosexuality is based on the exchange

of female worldly power for male power expressed as love.

is symbolized by exclusive sex.

Feminists think they're fighting the "patriarchy" but in fact, they are victims of a pernicious plot to bring down the birth rate by spreading sexual dysphoria.

Search for "Women's Studies, Rockefeller Foundation" in Google and you'll discover two million links. These people funded depopulation and Nazi eugenics are funding feminism. This is not a coincidence.

The Rockefeller Foundation and its allies are responsible for war, deprivation, terrorism, and disease. Ladies, do you really think they've suddenly taken a genuine interest in women's rights? Or gay or transgender rights? You are being used.

Second-wave feminism is an attack on heterosexual society. Starting in the 1960s, the media have disparaged the importance of wife and mother, father and the nuclear family. Women must find personal fulfillment in a career. We naively believed this social engineering was spontaneous.

Second-wave feminism was created and promoted by Communist activists like Betty Friedan and CIA operatives like Gloria Steinem.

By making women compete with men for the male role, feminism is classic Communist "divide and conquer". They use race and class as well.

A friend who is divorcing his wife told me: "I fell out of love because she became too masculine." Women are brainwashed to think they are oppressed and need to be more like men.

Feminists say they want to stop "sexism." This is a typical Communist "doublespeak."

On the surface, sexism refers to social discrimination on the basis of sex. Who can argue with that? All people, regardless of race or gender, should be measured on the basis of achievement.

In practice, however, sexism means denying there are ANY natural differences between men and women. All differences are due to social conditioning.

By stamping out "sexism," which they equate with racism, feminists really want to expunge heterosexuality.

While championing "tolerance" for homosexuals, they are waging a hateful and underhanded war on your sexual identity.

A relentless barrage of pro-feminist and gay propaganda fills the media; social engineering for a "brave new world" has overrun our schools. Yet we seem strangely passive, like frogs in a pot of water on a stove. The heat is gradually increasing, and we are gently being brainwashed.

HOW CAN WE FIGHT THE NEW WORLD ORDER?

Let's begin by reaffirming our distinct male or female identities. Perhaps this personal manifesto from a happily married male frog [ME] who finally jumped out of the pot will serve as a reference:

The essence of masculinity is power.

Isn't it obvious? It's what women respond to. Similarly, men are drawn to vulnerability in women. We want to protect them.

To equalize power is to eliminate sexual distinction. Women are powerful and effective as women, but not by becoming men.

Men -- steer clear of any sexual relationship where you are not in charge.

Just as femininity should be respected, so should masculinity.

You emasculate a man when you take away his power. (The corporate elite is using feminism to do just that.)

A husband will consult his wife but eventually, someone has to make a decision. A man who is ruled by his wife is less a man. He feels like a little boy with his mother.

On the other hand, when his wife accepts his leadership, he feels like a man. Women help to make men.

Similarly, a wife who follows her husband's leadership feels more like a woman. If she can't follow him, she should be married to someone else.

Men should avoid opinionated, aggressive, demanding women. It's too late to save them. This will spare you a great deal of time, money and anguish.

The essence of femininity is for a woman to depend on the man she loves.

The essence of the male-female dynamic is for a woman to entrust worldly power to her husband, and for him to use it to make her happy.

Man wants power. Woman wants love (They differ.) HETEROSEXUALITY IS THE EXCHANGE OF THE TWO. 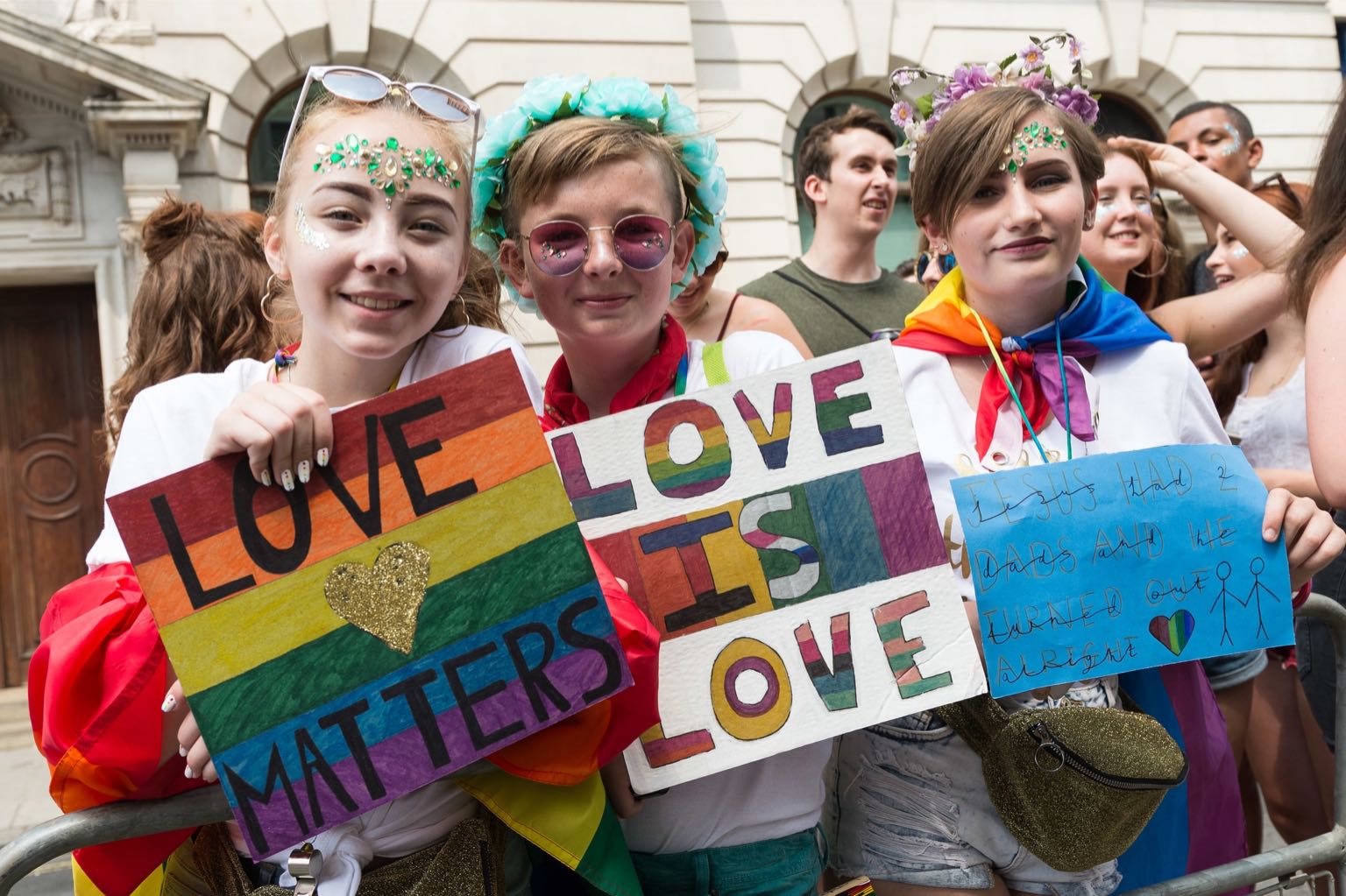 A man wants to make the woman he loves happy. Does he consult her? How else can he please her?

She reciprocates by making him happy. The energy flows.

A woman must give her husband the power to love her. If she is "strong, bold and independent," as she is being taught, he becomes redundant ( i.e. the true feminist agenda.)

Woman shows she loves a man by empowering him, by surrendering and trusting. Women want to be possessed by a man's love. (They are not men.)

A woman is a vehicle by nature. She is waiting for a man's call. She wants to be used by the man she loves for a higher purpose. One such purpose is to create a healthy happy family.

A man, therefore, should have a clear idea of what he wants, and the role he wants a woman to play. Then he finds a wife who meets HIS criteria instead of contorting himself for every sexually attractive woman he meets. A woman needs to be enlisted, not entreated.

Woman's nature is to nurture and love her husband and children. She wants to be needed, honored and loved in return. A woman should never be taken for granted. (Nor should a man.)

When a woman identifies with her husband, they become one in marriage. If they remain "independent," they remain roommates open to every temptation. Certainly, a woman has her own interests and career but these are not her first priority.

A woman has approximately 15 years in which to start a family. Millions have been duped into concentrating on a career instead of a husband.

A woman wants to be an extension of her husband. She is the spiritual ground in which he plants his seed. She is the recipient of his spirit. By "accepting" him wholeheartedly, he "belongs" to her. This union results in psychological maturity for both. Together they create a new world and bring children into it.